Genetic Data Theft as a new type of Biocrime: legal and social aspects of genetic privacy 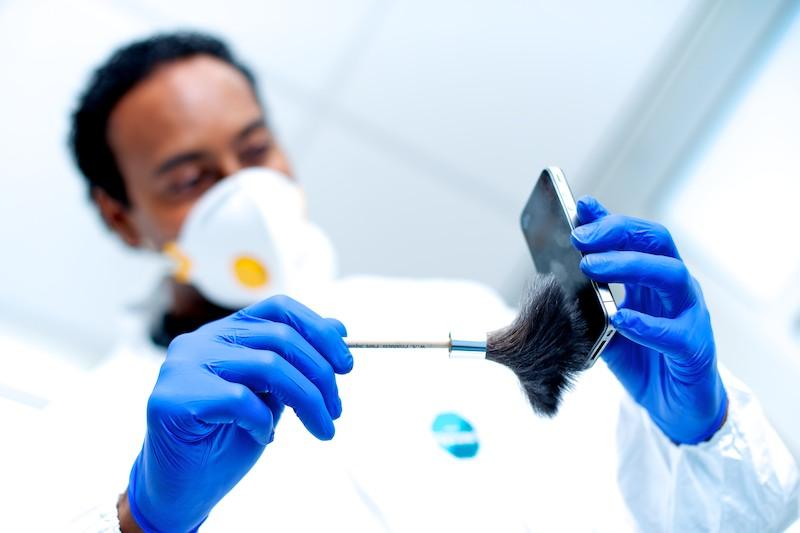 1. It is recent the notice of a very particular theft.  It has been stolen the Sardinian DNA .

The genetic code test tubes are disappeared, but it is unknown how many or when it goes back to the theft from refrigerators of Genos Park in Perdasdefogu that still preserves much of the 230,000 samples from 14,000 Ogliastra Perdasdefogu, Talana and Urzulei, useful for the study of a population among the longest in the world. This “Genetic Park” was born in 2004 , because a scientific study found that people who were born and lived in a dozen towns in Ogliastra province had a significantly higher life expectancy than the rest of the island, so scientists went to see if their genetics held any of the secrets. Their DNA was kept for further research, with the potential for being used to develop new drugs and therapies.  Researchers have also  the aim to mapping the entire population to study  certain congenital causes that may lead to heart diseases (and it seems that in Sardinia are linked to short stature).

It seems that the structure had not adopted the security measures required by legislation[1] which, especially in Italy, is not yet effective as 100%.

Later came news that  these samples were not stolen but only transferred to a local hospital, but this fact can bring a number of considerations on the matter.

2. It was hacked WADA’s web site

(WADA World Antidoping Agency) After the Olympic Games the WADA’s web site was attached by a group of hackers: they entered in the “Adams schedules” of every athlete. Adams is a system which WADA controls and monitor all movements and checks of professional athletes, and now it seems that these hackers want to spread some important informations and anomalies that they found on it.

But why are these information so important? Here comes to play PRIVACY

On the hacked web site there would be positive tests before and during the Games in 2016 justified (or “canceled”) by the possession of therapeutic authorizations (Tue) to treat existing illnesses. Tue (issued by the International Federation after a series of medical tests accurate) it allows athletes to take prohibited substances when there is no alternative to treatment with drugs not included in the WADA list.

In this way it would be possible: on one side, to have access to sensitive data which can reveals a lot of health and genetic informations about a person (this is a privacy violation); on the other side, through an illegal action, it was made possible become aware of illegal crimes in the health sector protected by privacy.

These are only some of a lot of examples about so called “Genetic Bio Crimes”, which consist in illegal trafficking of embryos, organs, genes, genetic data  and so on.

In fact there’s another domain of battle coming in the near future, one that is as real, yet as intangible, as cyberspace: BIOCRIMES.

What happens when the domain is biology?

Over the last 20 years, a lot of money  have flooded into molecular biology and genetics industries. This has led to new technologies for reading DNA. Every day, new genomes are uploaded into health-science databases, and the pace is rapidly increasing. All this data has produced an army of bioinformatics scientists, whose job is to organise all this code and figure out what it does.While these strange happenings may seem like a unique occurrence, it raises many questions about the ownership and consent of genetic information. With the increasing privatisation of genetic data, healthcare, and biomedical research, many groups have been asking for more legal protection and awareness of this rising issue.

So Biology, like other forms of computing, can be hacked: facts like Biological Spam, Phishing of Dna, Genetic Identity Theft are real!! (For further details another article it will be published soon)

SALE OF GENETIC DATA – THE GENOMARKET

Genetic data are evaluable and have a price now. Private companies generally get their biospecimens and health data from paying customers who buy genetic tests from them (for this argument see the article at these link: http://www.privacygenetica.it/2016/07/the-role-of-genetic-data-in-personalized-medicine-and-in-a-changing-world-privacy-and-ethical-problems/; http://www.privacygenetica.it/2016/04/4-gli-enigmi-della-medicina-personalizzata-ed-il-problema-dei-test-genetici-direct-to-consumer-implicazioni-etiche-e-privacy-compromessa/.)

Some of these private companies are sharing data with other researchers, and some of these companies, e.g. 23andme can also sell genetic data.

23andMe can keep and sell its customers’ genetic information to others because consumers consent to the sale of their anonymous and aggregate information just by purchasing the product and agreeing to its privacy statement. The company can also sell deidentified individual-level data if the research consent document  is signed.

The big company recently announced that the drug company Genetech offered to pay up to US$60 million to use its database to conduct Parkinson’s research. And the fact 23andMe can sell data puts a worrying spin on the proposed changes to consent for federally funded human research.

At the moment, federally funded researchers and private companies have the same standards for consent: If human biospecimens are not “identifiable,” they don’t have to ask for consent to use them for research.

However, the U.S. government recently proposed revisions to the federal human subjects research regulations that would require federally funded researchers to get what is called “broad consent” from people to use their biospecimens (it is unclear what effect this would have on private/public collaborations at the moment). This would apply even if researchers won’t know who the specimens came from. Broad consent would include a general description of types of research that might be conducted with the biospecimen.

While many reasonably argue that this is the right thing to do, it will be expensive. One medical school recently estimated that it would cost them an additional $4 million a year to spend the predicted extra 10 minutes per participant to get informed consent and track who said what. But there are other potential unintended consequences.   [contribution of Kayte Spector-Bagdad]

THE PROBLEM OF PRIVATIZATION OF GENETIC DATA

[1] In Italy, our Privacy Autorithy has given some General Authorisation to use the treatment of genetic data and some guidelines in the field of research: